Bugar pulled the gate closed and gave the rope a double loop on the post before turning toward the woods. The sun was shining in a clear blue sky and a light but steady breeze made the long grass in the field look like it was hair being gently combed. He loved these kind of days. In fact they were just about perfect. It was a sweet comfortable warm, suitable for doing just about anything you wanted. Warm enough for swimming without being hot enough to make that the only real option.

He hoped Zoe wouldn’t be in some kind of trouble today. Too often he got excited about hanging with her, only to discover she ‘wasn’t feeling well’ or as he was told more recently, “was suffering the consequences of her misdeeds”. He assumed that at some point the mothers had calculated that he knew she wasn’t sickly. On the flip side, she hadn’t been getting in trouble quite as much the last couple years. He thought that might have something to do with growing older, but wondered if it was Zoe growing older and more controlled, or the mothers growing older and less in control.Either way, it made his odds better now than they had been in the past.

Bugar was well liked and certainly didn’t lack friends, but most of those were school associates, and he only saw them at school. Their farm was a bit isolated. So much so that his mom had to drive him to and from the nearest school bus stop.

Zoe and the other kids at the orphanage were ‘home taught’ and Bugar often wished he could just school with them.

His parents had bought the farm just before Bugar started school. In fact, he had first met Zoe just after moving. His parents brought him by the orphanage so they could meet their neighbors. It was good the orphanage was next door because they really were the only neighbors. As far as Bugar knew, his parents had never visited since, but he had returned many times and Zoe became his best friend. 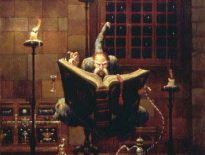 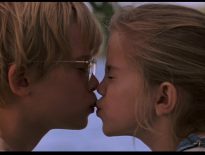