Wejamar fairly scowled at Zoe. “You walk, I suppose. I am not in charge of transportation.”

Zoe turned and looked at Tiffen, who grinned sheepishly. Bugar simply shrugged when it was his turn. Zoe turned back to Wejamar. “Walk?”, she asked, incredulously. “I’ve seen the map. That would take days.”

“Weeks”, Wejamar replied bluntly. “That’s why it’s important that you get started as soon as possible. You seem to be of the opinion that these tasks can just wait forever. I assure you, they cannot.”

Zoe’s face began to burn as her temper flared. “So that I understand correctly. I was brought here to save your planet, or channel, or whatever, because I am the lawful queen and ruler, and you want to send me on a dangerous weeks long mission, walking? In this magical world where seemingly I’m about the only one that actually has to do anything, I’m expected to walk? You can magically teleport across entire universes, but can’t get me to the other side of the mountain? What about a plane, or a hippogryph, or a flying carpet? Throughout her rant, she had grown louder and more angry. Now her eyes were like red hot embers and they burned at Wejamar, daring a response that could match her energy and sense of rightness. Instead, he looked at her cooly, almost sympathetically.

“I believe you understand only on the surface, and that is the fault of those who determined to delay your training and education so long.” He clearly had more to say, but looked calmly at Zoe, as if to allow her to blow off more steam if she desired. She marshaled control of her anger and waited for him to continue. He took a deep breath and let it out slowly. Zoe found herself doing the same. He looked at her, kindly. “I know you have necessarily been away, but it is our planet, if such it is called, not just mine. Being away from home does not change the facts. You are respected and acknowledged as leader by those who accept our customs of hereditary rule, but know that many with such expectations find them never fulfilled. Many a grave marker could read, ‘should have been’.” Wejamar put his pipe in his mouth and brought a flame from his hand to the rim. His eyes glanced at Zoe as he lit the tobacco. He took several quick puffs before lowering the pipe and proceeding. “I can assure you that many people are doing many things to help you succeed, though they may not appear to you to be busy. As to magical transport, it sounds to me as if the world you took refuge in is the magical one. I know nothing of planes. Here, there are some creatures that might be called on to assist, yes, but they have no duty to do so. A hippogryph is as likely to cast you down a stony ravine as carry you over. It is up to you to develop and cultivate the kind of respect and friendships that can help you succeed. The time your trip takes might provide you the opportunities needed to be ready for success when you arrive.” Wejamar leaned back in his massive chair, relit his pipe again, and looked from one to another of his silent students. A thin crooked smile formed on his lips. “Or not”, he said softly. 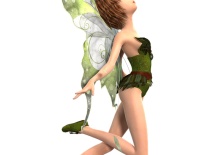 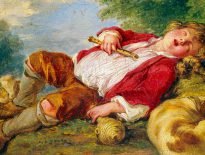