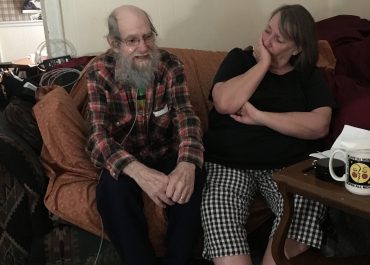 George Robert Webster passed on to his next great adventure in his home, the evening of January 7, 2020. He was 64.

I met George Webster in a little town called Katy, Texas, west of Houston, sometime in the late seventies or early eighties. He was my neighbor when we bought a new house there. I think the first day we met I invited him in to play some football on the Atari 2600. We became instant friends. I beat him mercilessly, game after game, but he would never give up. For him, winning or losing meant nothing. Playing was everything, and he would play until everyone else quit.

Over the ensuing years my family moved several times. We always stayed in touch, even when the distances were great. We found ourselves close enough for frequent visits again when both George and his family, and I with mine, moved to the east coast. We got together often. We didn’t play on the Atari anymore. Instead we dragged computers together in massive LAN game parties where the first several hours were committed to getting things to run at all. We played Doom, and Duke Nukem, and Quake. We even went outside to play sometimes. Imagine that.

George and I would talk. A lot. About everything. George had been a submariner in the navy and was part Choctaw Indian. He had a dream of reaching the point where he could move on to reservation lands of the Choctaw, in Grant, Oklahoma. As with everything George set his mind to, he achieved it. It was a bittersweet thing for me. Although we spoke with each other fairly often, it would be some years before I saw him again.

George and I had both been heavy smokers for many years. I quit cold turkey on the last day of the Mayan calendar, 12/21/2012, prompted by a massive heart attack that radically changed my life. Shortly thereafter, talking to George, I discovered he was in decline. He admitted to me that he had kept quiet about it for some time. He related a story about how the previous year he had come in first in his age group in a Choctaw marathon. This year, he told me, he had been unable to even finish the race. Indeed, he had to be rescued from the course.

I made a quiet goal to get to Oklahoma and see him. We were hardly in any type of position that made that easy to do, and it took almost 3 years, but in the spring of 2019 we made the trip and Alice and I were able to spend a couple days with him. I was quietly devastated to actually witness his condition, but his spirits soared to see us, and ours to be with him. I left hoping to make the trip again this year, but it was not to be.

I spoke with George on the Friday before he passed. I could tell he was feeling poorly. I promised to call him back next week, but he slipped away from us the following Tuesday.

When I picked up the mail yesterday (Our mail comes to a mail stop) I found a card from his wife, Joanne. It began, “George passed away” and that was as far as I got before my eyes were too filled to read.

I have nothing against crying. I think it’s good for you sometimes. Cleanses the soul. But, I just don’t do it very often. A generational thing maybe. I don’t know, and this post isn’t about analyzing such things. This post is about ‘why’ I cried. Maybe. Or maybe it’s just about writing the tears away. You see, I’m afraid.

You see, I'm afraid. Not of dying, but of forgetting. I think about some of the people in my life who are gone now, and I wonder why I don't think of them more often.

Not of dying, but of forgetting. I think about some of the people in my life who are gone now, and I wonder why I don’t think of them more often. Why I can’t ‘see’ them as clearly as I think I should.

We have to move on with our lives. I know that, and I know something about the mourning and grieving process. It’s not my first loss after all.

I’m pretty sure that part of it is the fear that I won’t be remembered. I know I am loved, but that’s not it. It’s stupid I know, but that’s my fear.

We all, I think, to some degree, spend so much time within our singular perspective. It really is true that regardless of our situation in life, our resources, skills, blessings, intelligence, humility, circumstance or other attributes, we can’t help but feel that we are the center around which life happens. That without us, there is nothing else.

This obviously isn’t a rational or logical belief. It’s a feeling. A sense. Personally, believing in God, I think it’s because of his love for us, so unconditional and personal, that surely we must be the focus of His attention. I’m rambling. That’s what I do best, and perhaps, just maybe, that’s a good illustration of what I’m talking about. No wonder I don’t remember with the same depth of feeling as I think I should. I can’t even get through a single post about the loss of someone I love without rambling along about something else. Life just keeps running ahead.

I hope for all that feel such loss to find peace and comfort to get you through your pain, without forgetting.

I am comforted in my faith and belief that I will see George again and he will be perfect, but until then, I hope for all that feel such loss to find peace and comfort to get you through your pain, without forgetting.

I love you and miss you my friend. 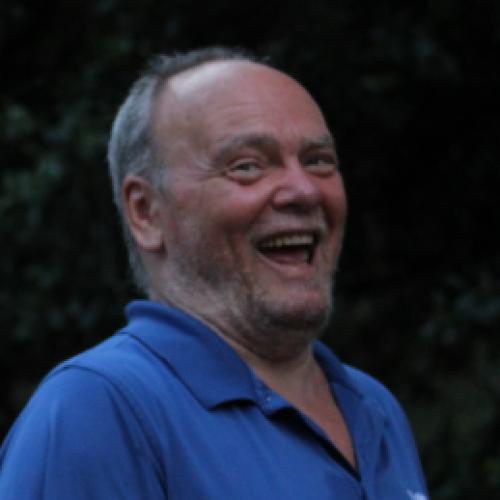