There is an old expression; “A picture is worth a thousand words”. We won’t argue with that, but will simply note the expression was conveyed in words. Sometimes, that’s whats needed. Here you will find words as stories, poems, scripts, or thoughts.

Our first 3 titles available on Amazon.

Also available in audio from Audible.com

Albert and Shemnock stories are illustrated and have special features in eBook format. Both of these short stories have been recorded by the author and can be heard here or on our turntable page.

What's in the Works!

Available for Pre-Order by Christmas!

A young doctor with a troubled past is recruited by a renowned mental institution  to treat an elderly man that believes he contains a demon. He discovers he is not alone in thinking it is something more than a delusion. When it becomes clear that he is expected to take the old man’s place, he must decide what he truly believes. 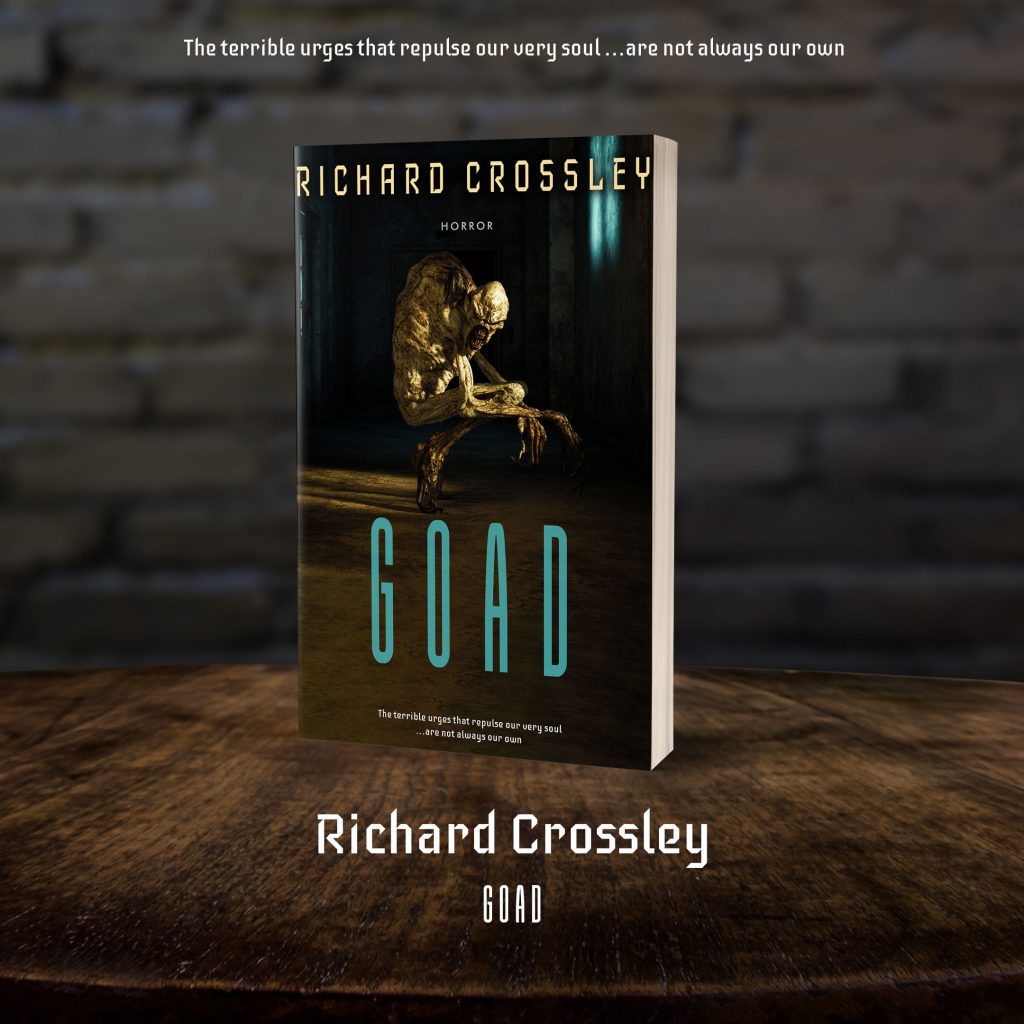 Princess Negeyosel & The Staff of Elenora

The story of an orphan's destiny.

that her sheltered life at the orphanage hid something bigger about her, but she didn't expect a persnicket to change everything!

Here’s something I bet you would never figure out without an explanation. If you were to take all my grandchildren (at the time I made the title of this story) and line them up in order from oldest to youngest, and then take the letter from their name that corresponds to the letters position in the title of the story, looping back to the start of their name if it is shorter than the position requires, guess what you would have? Negeyosel (prounounced Neg Ah Yoe Sell). Ya. True fact.

This is a work in progress, that can be followed here on the site by visiting Aveena. It’s about a young girl named Zoe that has a feeling she doesn’t belong to this world. When a persnicket finally breaks through the communication barrier, Zoe finds her true home, and her true purpose.

The hardest, and I think, best story I have to tell, Soul Diner is not a holocaust story per se, but Jacob Levine survived it and it plays an integral part in shaping his life.

Many years later Jacob still suffers the same fears, though he is now the primary tormentor in his life.

Two coming of age teens, both at their own crossroads, come into the old mans life, and none of them will ever be the same again.

I wrote this originally as a screenplay and am currently expanding it into a novel.

An outdated excerpt appears below. 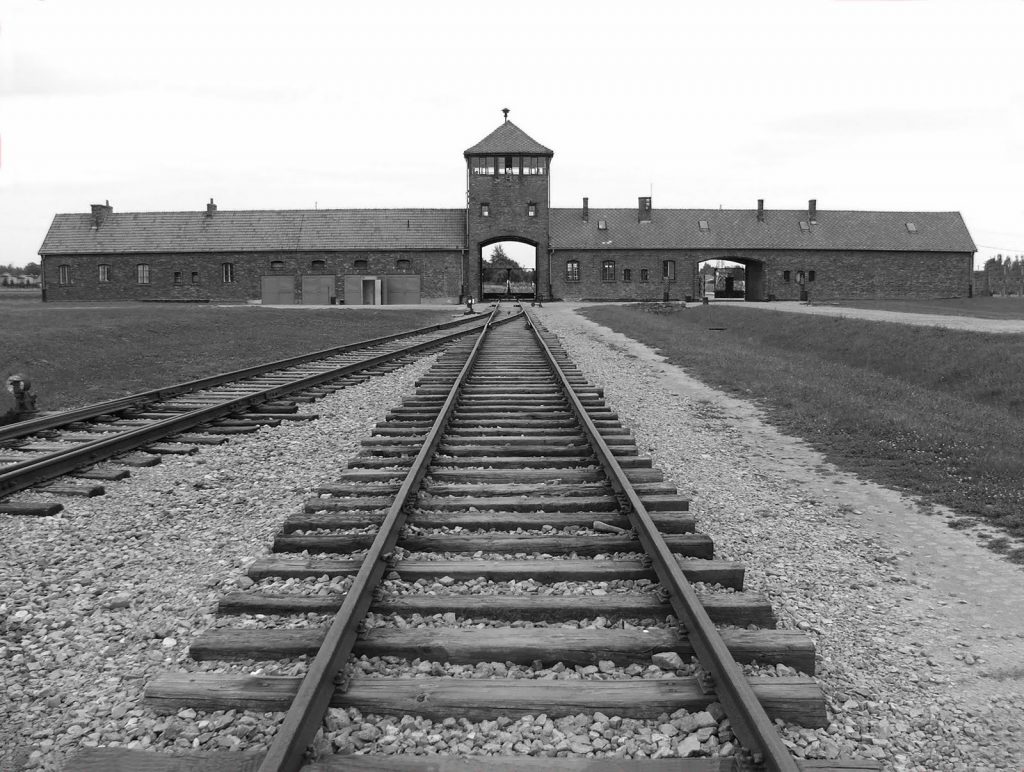 It would be hard to sleep on the floor of the malodorous cattle car under the best conditions. For Jacob, now 13, on this dark and chilly night, it seems impossible. He is pinned against the rough wooden planks by the mass of humanity and the cold air numbs his backside. There is nothing for it; no room to move for any of the men, women, and children packed into the railcar like stacked wood, but if he was in the center, he would at least share the warmth of others on all sides.

He doesn’t resent them. He is young, and better able to cope with the conditions than the elderly. Besides, it could be worse. Many are forced to sleep standing, as there is little alternative. The floor is two deep, three in some places. Arms and legs stick out at odd angles. It looks almost as if the bodies have simply been thrown in the car, a heaving mass that desperately desires comfort and warmth. Only their heads stay consistently above the surface of the human massif.

Somehow, Jacob does sleep. He wakes with the rising sun cutting a narrow band across his face, through the slats of the railway car. It feels deliciously warm, and he lies savoring it, the clickety clack of the wheels along the rails singing sweet lies to obfuscate the frightening reality.

He slowly realizes the chorus includes the moans and prayers of his fellow travelers, and he struggles to his feet. The morning light snakes through the alternating wooden planks and illuminates the weary and frightened cargo. Young cling to old. Jacob, an oddity in the weary looking group, with his fair hair and bright blue eyes, is buffeted by older bearded men at his side. The yellow Star of David on their shabby coats stands in stark contrast to the grey despair in their eyes.

One painful plea rises above the others and Jacob is drawn to it. He worms his way through the intertwined bodies to its source. A pregnant woman, blood beginning to pool between her legs on the filthy wooden floorboards where she sits sobbing, wracks with painful spasms. Those nearest, as if touched by an unseen force, press away as Jacob approaches.

He kneels beside the young woman and draws her eyes to his. He appears to her much older than his scant years. He takes her hand in one of his, and places his other gently upon her swollen belly. The Woman gasps in surprise and relief. Her cries stop. Jacob, his breath rapidly laboring, grits his teeth in silent suffering.

The young woman stares at him, eyes wide with wonder. She raises her hands to Jacob’s face and caresses his cheek as if he is an angel she needs to touch. To prove.

The train abruptly slows, and Jacob shields her as the crowd shifts. Coming quickly to a halt, there is at once an increased babble of voices, inside and out; those within in tremulous anticipation, outside, the confident and authoritative commands of the German SS.
High pressure water hoses suddenly pummel the car, the blast against the wooden planks a deafening roar. Water sprays through the two small glassless windows cut near the roofline, and crashes through the cracks with the sunlight, creating innumerable tiny rainbows. Some recoil in frightened surprise, while most open their mouths, extend their hands, and scramble to capture what little water they can claim.

Gone as suddenly as it began, the involuntary passengers jostle for position as the car picks up speed. Later, in the darkness of another night, the plaintive cries of a newborn rent the silence. 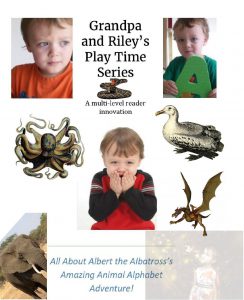 Albert is an Albatross, used to the lonely life of soaring over the ocean waves seeking food. When he decides to search for friends and 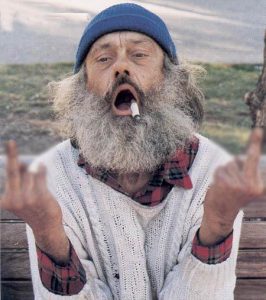 A little afternoon fun some years ago. Not intended to offend or make any political statement. It was just for fun. We used to have

A seemingly localized infiltration by a Chinese drug gang is actually something far more dangerous. Detective Nash gets paired with a Chinese detective who knows 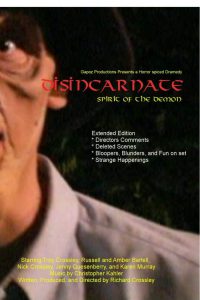 Disincarnate – Spirit of the demon

This is a bad movie. Really bad. So bad it’s not even good. But still, it was a blast making it and everyone learned a

A long time field operative and his office bound partner must kidnap a highly visible target in Iran. When the mission goes awry and Fade

In final edit and format phase, GOAD will be available as an eBook and in paperback by the end of the year. It will be

A young mother panics when her husband and son disappear on a weekend bonding trip to an isolated cabin. Police report her husband was found 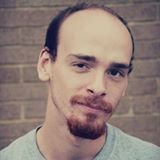 I could be totally off the mark on this. It wouldn’t be the first time for sure, but the story I got was that Troy 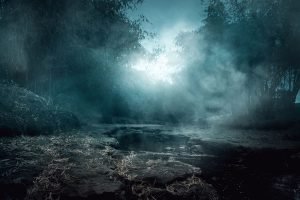 A young boy has trouble sleeping after watching a scary movie. Finally he decides to sleep elsewhere. After considering his parents room, he decides to 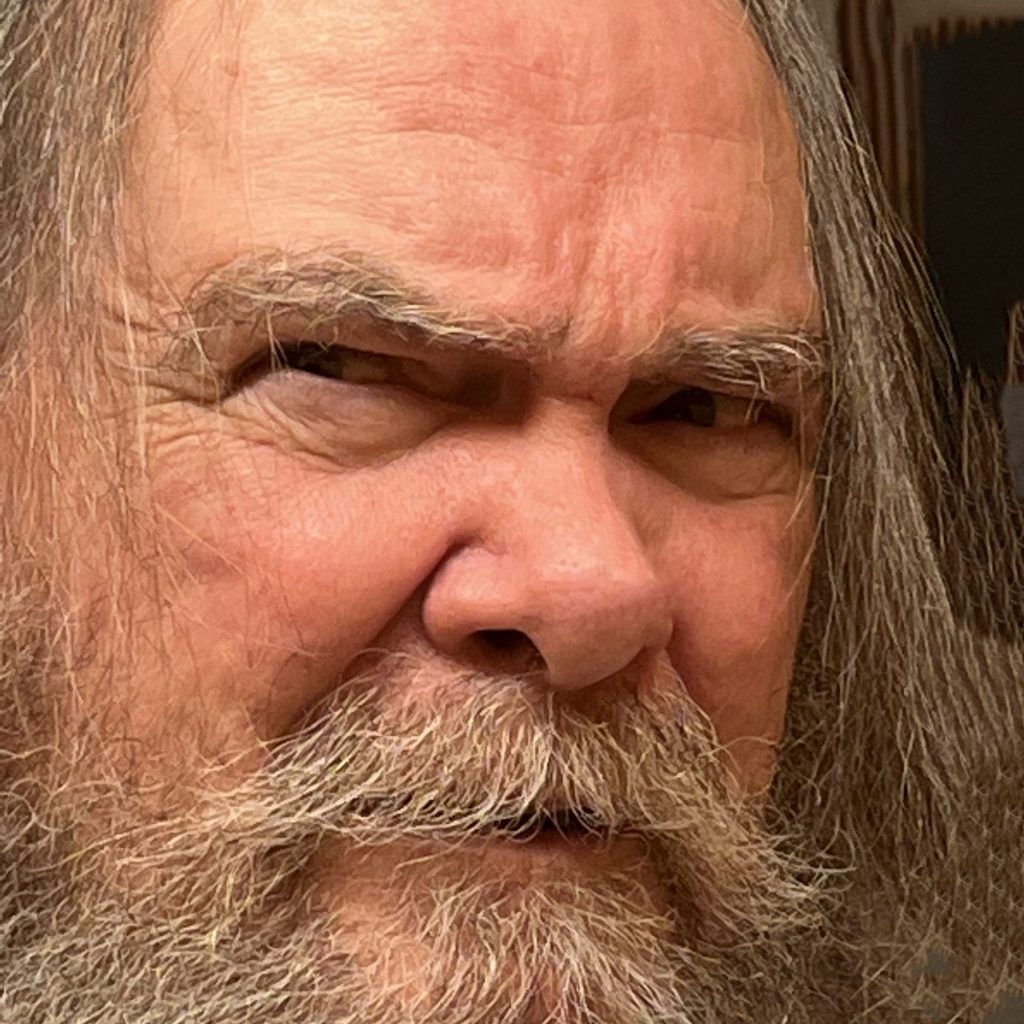 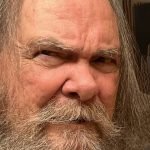 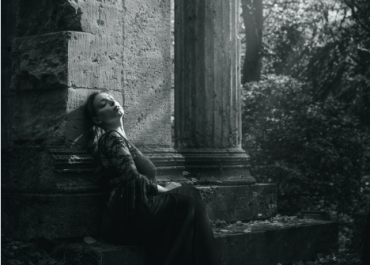 Posted by OzMay 16, 2020Comments: 0
Polly don’t need no cracker There’s a lonely past the wishing, that someone else was near.. It feels a lot…
Read More 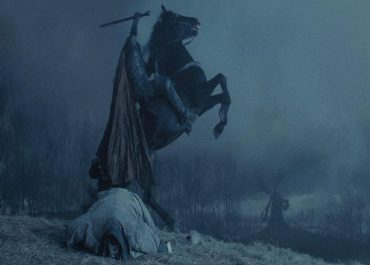 Posted by OzMay 9, 2020Comments: 0
Polly don’t need no cracker The noose doth tighten, and in the distant darkness the smile of death rests upon…
Read More 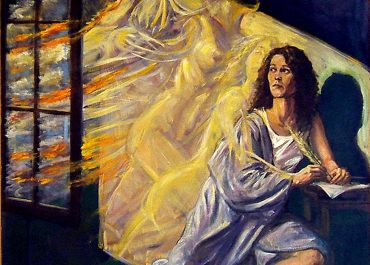 Posted by OzMay 9, 2020Comments: 0
Polly don’t need no cracker The words, empty and meaningless, without purpose, strength or ability, change no views, sharpen no…
Read More 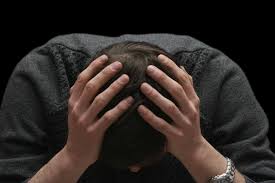 Posted by OzMay 9, 2020Comments: 0
Polly don’t need no cracker From infancy through childhood, to manhood, where I am, You gave your every living breath,…
Read More 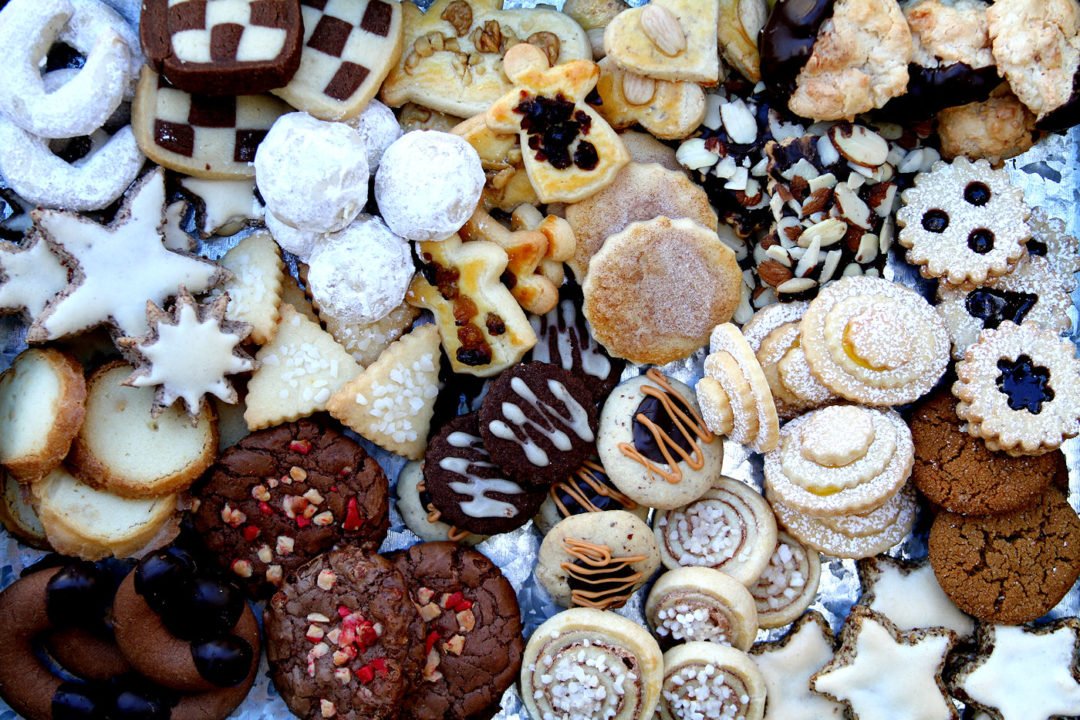 The Bake before Christmas