A darkly funny ZOMBIE ROMCOM of change, love, hope, and redemption. When a contract enforcer for a drug kingpin steals a car and brutally murders a young couple in their home, he begins an epidemic that will turn half the world into flesh eating zombies and leave him Semi Dead!

AND HE’S THE HERO? 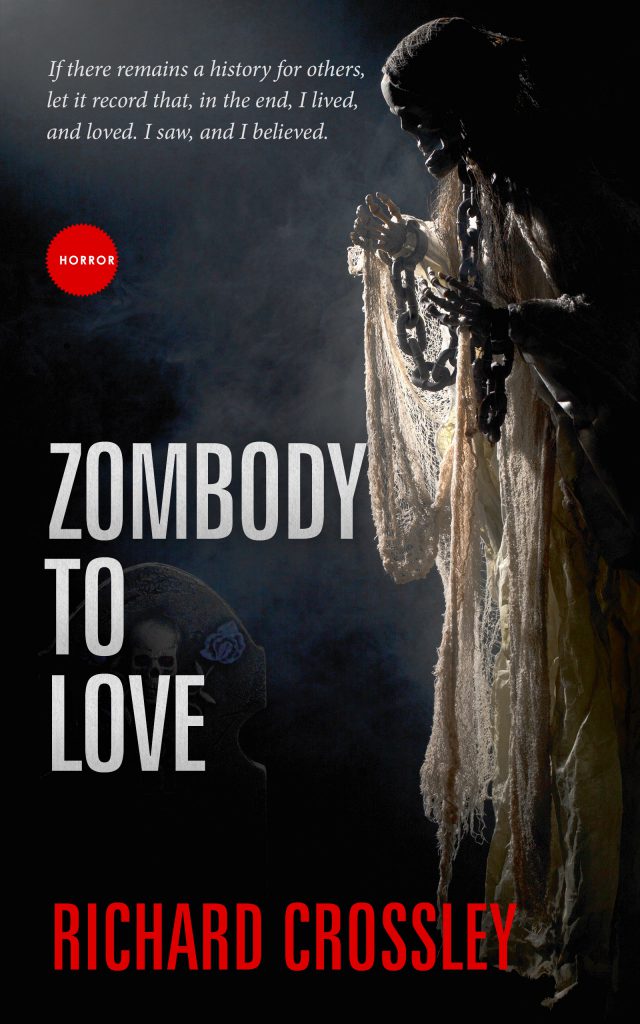 Visit Zomworld for sneak peek at the next Zombody release!

"ZOMBODY TO LOVE IS A HORROR COMEDY YOU CAN'T MISS!"

Kurt Marquart - Horrorgeeklife.com
So Buy it! Read it! Listen to it! But don't miss it!
BUY NOW
buy now

“Crossley paints a gruesome picture without relying too heavily on red dye number 5. He tells a classic tale for modern readers who have an appreciation for old school situations. When Jack Napier said, “Murder is an art,” he may have been referring to Richard Crossley’s studies in accidental and premeditated death. His disturbingly detailed descriptions of the comedic ways some of his characters cross the plane into oblivion inspire literal LOLs and guffaws. And as zombie tales go, I’ve read too many to count. However, Zombody to Love is a new idea with its own lore on zombie “life” and reason. Well worth your time.”

Zombody to Love - The Story

Tapper wasn’t always soulless. In fact, he was once a highly decorated member of special forces. That was before an IED planted a chunk of metal in his head. Worse, was when the doctors tried to remove it. This story is about who he is after the operation. The man forgotten by his country and abandoned by his friends. The man the doctors say has lost his soul. But he’s not bitter. In fact, he’s loving life. It’s so easy with his simple code and no moral values to weigh him down.

But he makes one little mistake.

The couple he kills isn’t on his hit list. Now, his employer has decided Tapper needs to “retire” and dispatches a second rate hitter with an overlarge head to send Tapper into permanent oblivion. Offended by the boss’ human resources representative, and the attempt on his life, Tapper takes the advice of his closest associate, Cootie, to use their employers money to fulfill his retirement dreams, but these simple plans are made more difficult with the whole zombie apocalypse problem. With a nagging rash on his hands and the world quickly changing into a place where everyone you meet may be hungry for your flesh, Tapper and his only friend vow to take down the drug lord and his organization… If they can survive what Tapper may well have started with his little mistake.

Tapper himself is changing, and he’s not a damn bit sure he likes it. He’s beginning to care! It may be he’s even falling in love with the one woman that might be able to cure them all.
Buy NOW

For more about the author…

Paul Burt is an awesome voice performer and we are so happy that he took the time for our project.

Check out his homepage.

Richard C. Crossley was born in the ‘dry’ heat of Phoenix, Arizona well over a half century ago. It’s a wonder he’s still kicking, what with all the whacko things he has done since then. He joined the marines at 17, during the Vietnam war. That wasn’t the best of times, but after discharge he met the love of his life and they have been together nearly 50 years, raising 5 awesome children that have gone on to give them 9 grandchildren thus far.

Richard was always a story teller, often times making them up to serve various and sundry purposes. Actual writing, as in learning how to put a tale in some proper format, with at least some semblance of grammar and such, came much later in life. Richard started with poetry and short stories before writing a dozen screenplays.

‘Zombody to Love’ began as a screenplay experiment and evolved into his first novel. The main character, Tapper, shares much with his creator, most especially in the blunt assessment of peoples intentions. Richard found the process of writing, or telling the story, absolutely wonderful, but suspects he’ll never get rich doing it because there are far too many other bullshit things that have to be done just to get someone to read it! But he dreams that someday after he’s gone he’ll be remembered for his efforts. Maybe some cult classic type of thing. In the meantime, he prepares to release his next novel while hanging around the house and irritating his wife… It’s a tough life.

A word from the author about ‘Zombody’

Paul Burt rocks as Tapper. Thank you, Paul, for ‘getting it‘ and bringing the story to life as it was intended. I hope you haven’t gone on and become too big and expensive to do the next one. 🙂

The Reviews are in! Full comments and reviews for the following extracts can be found on Amazon and Audible 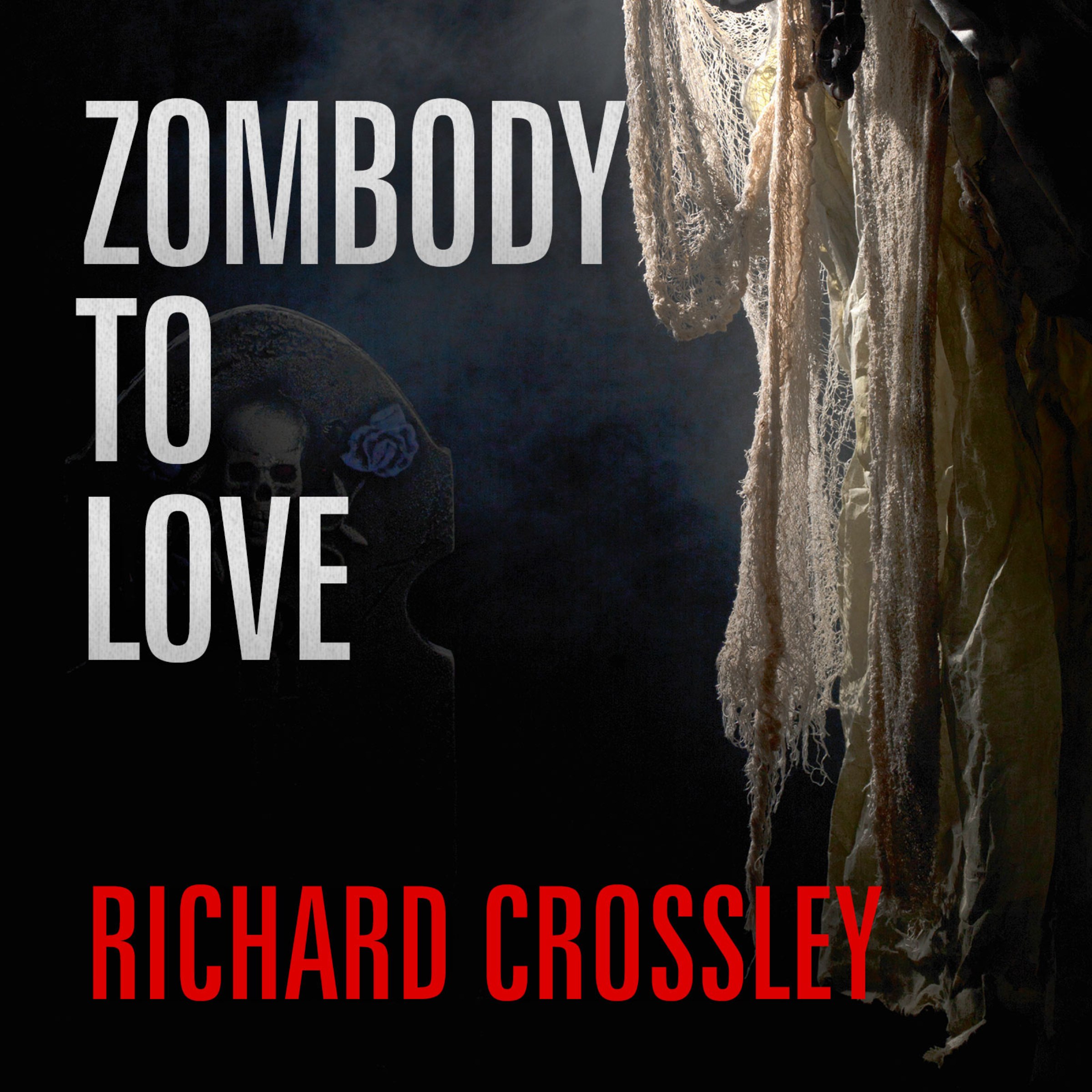 RT
This was my first book by this author but definitely not my last!

GC
With the amount of zombie stories out there it is hard to find ones that aren't the same rehashed story line. This one definitely is an original zombie story that is outside of the standard rise of the zombies or post-apocalypse survival. Even with its unique plot it is a beautiful love story between two zombies...

Spooky Mike
...Overall, i really enjoyed listening to this story and look forward to more. It’s the kind of story that had me thinking about it for a while after it ended. A true representation of the raw beauty and vulnerability of human emotion, and how sometimes it takes an extreme situation for us to understand what we are capable of.
Amber Bartell
Definitely not your normal zombie story. Not often does the MC turned zombie become more human and endearing as the story plays out...
John Stringham
Really different, gritty, great. loved the 2 leads. its so different from the 'norm'. try it. i'll even re-listen and i have a LOT of books.
Xenturo
...An intriguing tale to be sure, stick with it. The story is listed as the first volume of a series but it could surely stand on its own considering the heartfelt epilogue...
RJ
After years of being overloaded w/ zombie shows and movies, I was taking a break from it. The stories started to feel the same. This book is not your average zombie apocalypse story. I loved it because it doesn't follow all the norms...
Jamie Hodges
Previous
Next
Buy NOW

Please use the form to the left to contact us for any reason. We often have free codes or other promotions, so if you’re looking for a free audio copy or something else, just let us know! 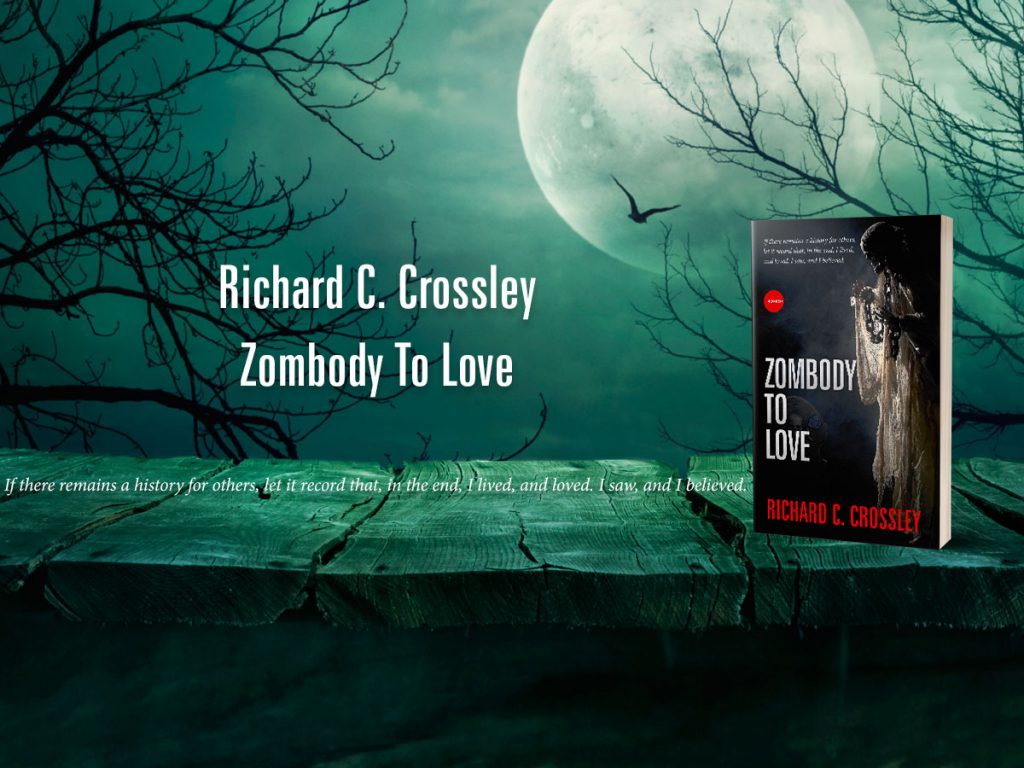 Available on Kindle, paperback, and audiobook!

A new Zombie for a new world. Buy Today!