Yes, yes, I beat your baby…

In the course of normal conversation, the kind you have with the clerk you know at the local convenience store, I was recently asked; “What are you up to?”. I replied that I was working on an action script for a small production company.

“I could do that. I’m really good at telling stories.”, he responded.

That’s encouragement, and I give it for free, every chance I get.

I know a shitload of good story tellers, and telling stories is a big part of screenwriting. Unfortunately, telling a good story isn’t the only part of writing a screenplay. For one thing, writer’s write. For another thing, screenplays are quite different from a novel or a short story. There are all these pesky rules about format and such. And of course, structure, dialogue, pacing, tension, and a host of other considerations. If you want to be a fireman, you have to learn to put out fires. If you want to write screenplays, you have to learn how to do more than just tell a story.

For a screenplay to come to reality on the screen, a whole lot of other people are going to get involved, and someone is going to have to pay for all this. It’s a huge investment in time and money, and a great risk. With thousands of ‘stories’ and scripts to choose from, yours had better be the cream of the crop.

Today I want to talk a little bit about foreshadowing.
What the hell is it? It’s a means by which you give the audience ‘clues’ as to where the story is going, and possible future events. It’s a dot in a connect the dots picture, maybe seeming unimportant alone, but a part of the bigger picture. The importance of that dot is likely not known until it’s connected to others. In Star wars, Luke practices using a light saber against a small orb. Later in the film, Luke must face the death star, a much bigger version of this same small orb. This is an object, or symbol that is used to foreshadow a future event.

Foreshadowing can be accomplished in any number of ways; dialogue, events, prophecy, objects, actions, dreams or visions. It can be quite simple, such as a sign at the entrance of a cave that reads “Stay Out” over a crudely drawn skull and crossbones.

In Seven, Morgan Freedman tells Brad Pitt early on that ‘these kinds of cases never have a happy ending’. No shit. This is foreshadowing via dialogue, and makes the big reveal later more palatable. The audience, either consciously or not, is more prepared for the shock.

Foreshadowing is, at its core, exposition, and as with all exposition, should be subtle and mostly hidden, even while being apparent and a natural part of the scene. It is when the payoff occurs later that the importance clicks in on some level of understanding.

But I digress. This blog isn’t about teaching you how to foreshadow. It’s about me complaining about writers that think they are foreshadowing, but these ‘seeds’ are planted so deeply, and are so obtuse, that the connection is made only in the writer’s mind.

I can’t tell you how many times a writer has come back to me and said, “well that’s what this event was for. You see how it foreshadowed this?”. If after reviewing a thousand scripts, I don’t see the connection, there is likely a large segment of your audience that won’t either.

If you have an Easter egg hunt for 5 year olds, you don’t bury an egg in an old well, cover it with branches and tires, and then .take great delight in the fact that none of those stupid little kids found the egg you hid. That kind of misses the point doesn’t it?

The same is true when you foreshadow in a script. You plant the idea that allows the audience to connect the dots later and feel good about ‘figuring things out’. Planting it deeper than the audience can dig doesn’t make you Sherlock Holmes. You live with your story and the characters and the plot for months. Your audience lives in this world you create for a couple hours. You don’t gain anything by making your audience feel stupid.

Remember always that a failure of the audience to ‘get it’, is the writer’s failure, not the audiences.

This doesn’t mean make it obvious. Nobody wants to be hit over the head repeatedly to drive your point home.

Consider a husband and wife in a very difficult relationship that both want out of. He is at the sink, washing dishes, as she clears the table and harasses him for his crude behavior at dinner.

“He rinses the knife, glances at it, runs his thumb along the sharp edge before placing it in the strainer.”

If the wife ends up with her throat slit later, we have an idea of who did it, and when the plan was first germinated. This may or may not be the case, but the seed is planted and can be pruned to our needs as the story unfolds.

If the husband simply does the dishes and the writer believes this alone will be enough to foreshadow the later murder simply because a knife was part of the dishes, the audience is likely never going to make any such connection. The seed is too deep to be related. The connection exists only in the mind of the writer.

On the other hand…
“He takes the knife firmly in hand, turns to his wife, his veins bulging, his eyes a fire of hate and disgust. His hand trembles as he watches her bend over the table, wiping away the crumbs. His breath labored, he takes a step toward her before regaining control of his emotions and turning back to the sink.”…
is a bit of overkill. We get it, but so would the 5 year old hunting for Easter eggs.

Know your audience. Tease them with possibilities that make sense, without spelling everything out, but don’t bury a clue so deeply that nobody finds it. And if you do, don’t blame them. 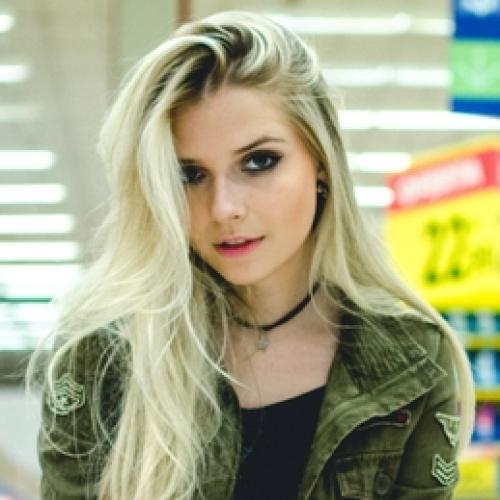 @peepso_user_183(Karen)
what if you put it in the well and just show the kids where it is?
1 year ago 1 year ago