What a character he was 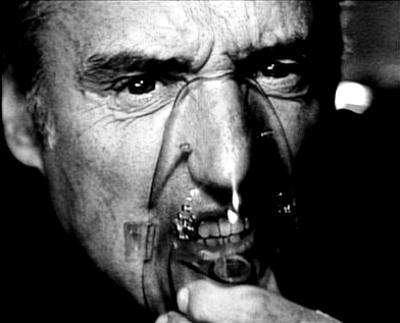 Navigating the ‘rules’ you encounter in learning the craft of writing screenplayscan be a little frustrating, to say the least.. Some people love rules, some hate them. Researching the ‘rules’ can often lead to any conclusion you seek, if you want to build support for your actions. Contradictions seem to abound in terms of specifics, but demonstrate more cohesion to a particular theme when taken as a whole.

What’s the point you may well ask. Oblique at best. I’m rambling. But it is but worth remembering if only to express the importance of understanding the interaction and purpose of the ‘rules’. It is by a greater understanding of how the rules work together, the concepts,and what purpose they serve, that will allow you to effectively write within the spirit of the rules, while not always being fully compliant to the detail of a specific rule.

In simpler terms, remember that rules are not made to restrict you, but to sharpen you. At least in regard to writing a screenplay 🙂

One such rule in screenwriting is to be succinct. Don’t use 3 words when 2 will do. Don’t be novelistic. Don’t describe what can’t be seen. Show, don’t tell. Ok, I’ve mixed a couple rules in here, I know. But I have a method to my madness. We are going to apply some of these to Character introduction.

I’m not talking about character development or an arc, which, when appropriate, occurs throughout the course of the script. But I’m also not talking strictly about the line or two that describes the character the first time he/she appears. I’m talking about the introduction of the character. The description, action, and dialogue within the first scene he/she is in. That’s where we get our first impression of who he/she is. In many scripts I’ve read, these rules tend to be a bit stretched.

Why? Because in writing a screenplay we address different targets. We want people to read the script. We have to have a great script for it to go anywhere. Many rules are tailored as they are in order to make reading the script more efficient. Precision, simplicity, paucity of words. Fragmented sentences. These all result in a clean ‘vertical’ read that is fast and easy. They impact the tension and pace. In adhering to these rules we, as writers, can strengthen our craft by learning how to paint the picture we want with minimum effort for the reader..

So why are these rules sometimes set aside when introducing a character? Because we want to attract talent. Assuming our work gets past the initial phase, actors are going to read it. We want them to fall in love with a part, and that starts with the character’s introduction. It is this target audience pressure that influences the writer to the point of sometimes coloring outside the lines. Let’s take a short example:

In this opening scene we will introduce our protagonist, Carl. He is waiting for a ride outside a bar, late at night, after closing. Once his ride comes and the scene ends with it driving off, we will start a scene inside the car and introduce his partner. But we aren’t going that far. This scene is simply to introduce Carl.

FADE IN
EXT. BAR – NIGHT
Quiet. Closed. Only a beer light still lit in the window. A single streetlamp at the corner illuminates the wet and littered sidewalk. Rainwater puddles beside a sewer drain at the corner. A mailbox has a giant penis spray painted amongst other graffiti.

He has a scar across his crooked broken nose and looks like his face is made from tough rawhide.

He wears a red flannel shirt under the coat, the kind lumberjacks wear, six buttons, the last one loose. A cigarette droops from his hard lips, badly in need of some lip balm.

He is a badass. Not the kind that says they are badass, and almost always aren’t, but the quiet sort who rarely has anything to say, but will beat the hell out of you easily if you piss them off.

You  don’t want this guy pissed at you for any reason.

He knows martial arts of every type and is fast as shit.

He’s also an expert with all types of weapons.

He is naturally kind, patient, and accepting of what he can’t change, but has a short fuse when angered or treated disrespectfully. Then his eye starts twitching and he blows up violently, heedless of potential consequences.

His mom’s name is Mary. She’s nothing like Carl.

A car pulls to the curb. Carl gets in. It drives off down the dark street.
FADE OUT

Can you see this guy? Do you know him? Yes, we can see him, and we certainly know a little about what kind of man he is and what we can expect from him. How he will act.. As the point of this scene was simply to introduce Carl, mission accomplished? This is alright for an introduction?

Hell no. It doesn’t bend rules, it shatters them. But that in itself isn’t the problem.
The real problem is that it breaks rules without serving a higher purpose, and that’s a problem.

On top of that, it needlessly imposes restrictions on other people involved in the production.

The first 4 sentences give us great detail on what we see. But what do they tell us? Basically, that Carl is big, and looks like a tough guy. He smokes, and hasa tattooed bald head. Everything else about him in these sentences is restrictive because it limits casting and wardrobe. What if we find the perfect actor, but damn it, he’s only six one and weighs 210 pounds. Sorry buddy. Next! Not likely right?

We want to introduce our character type, not detail him to the point of excluding candidates. Let’s replace those first four sentences with what is needful for the character to fill the role, and further assume that scars and tattoos are important. If not, they too could be removed.

That tells us plenty about the physical type actor we need. Leave it to others to enhance this vision.

The rest of the description tells us a lot about what kind of person Carl is. That’s all well and good for a read, and might attract an actor, but… how does the viewer know any of this? They don’t. Now assuming the characters actions and dialogue eventually fill all that in, the description here will either be redundant, or make the later dialogue and action seem redundant. While we probably want to deepen and build upon this character throughout the work, our task here is to give enough about the character to wet the appetite of a potential actor.

This portion, to the extent possible, must be shown here in the introductory scene. The description given above might well be useful in our notes and character sheets, but what we want in the script is to establish visually as much as possible during the introduction.We want to convey as much of this information as possible within established rules.

While doing this, we take advantage of a few other things that are lacking in this scene, and important to every scene. Tension, action, and conflict. This scene has none of that, so we use those ingredients to make both the scene and the character introduction stronger.

We know Carl, despite his appearance, is basically patient and kind, so:

Carl works a plastic puzzle, engrossed, using gravity to move the small metal ball through the maze.
(Presto! Carl is now active, and doing something that requires patience)

A tattered OLD MAN pushes a wobbling three wheeled shopping cart across the street, struggles to get over the curb close to Carl.
Carl makes a correction. The ball drops into the hole. He smiles, sticks the puzzle in his pocket.

He notices the old man, steps forward, pulls the cart up on the sidewalk.

The old man nods appreciatively, continues down the sidewalk.
(Presto! We know Carl is basically a kind man, helpful to others.)

We know Carl is a badass that doesn’t take shit, knows weapons, has a short fuse when disrespected, and is heavy in martial arts, so:

Carl takes out the puzzle, flips it, starts over.

An SUV, rap music thundering, pulls to the curb near Carl. Three DRUG SLINGERS, early 20s. Two in front, one in the back, behind tinted windows.

A Slinger leans from the passenger window, packets of white powder in hand, gestures to Carl.
SLINGER
“End of shift discount, brotha.”
Carl ignores him, concentrates on his puzzle. The Slinger bangs the car door with his hand.
SLINGER
“Yo, I’m talkin to you, muthafucker.”
Carl’s eye twitches.
Slinger turns to the others in the SUV, speaks. Doors open.
All three get out, move toward Carl.
Slinger gets up close and personal on Carl. The other two stand behind him.
SLINGER
“You gots a problem with your hearing?”
Carl seems to see them at last. He calmly eyeballs each of them in turn.
CARL
“No.”
Slinger glances back at his friends, trades laughter.
SLINGER
“You ain’t interested in buying, maybe you’d like to just make a donation.”
CARL
“No.”
Slinger glances back at his boys before smiling at Carl and easing his hand into his jacket. He pulls out a pistol.
SLINGER
“Ain’t gots to be voluntary.”
Carl drops the puzzle. In a blur, he grabs Slinger’s gun wrist, pushes it into the air, spins left.

He crashes his right elbow into Slinger’s head at the same time his right foot crashes into the driver’s chest. Slinger drops the gun as he falls.

The Driver flies into the side of the SUV, crashes to his ass, out cold.

The Passenger, rattled, steps back, struggles to free his gun from under his jacket.

Carl grabs the pistol from the sidewalk, aims at the Passenger.

Slinger gets groggily to his feet, stumbles toward the SUV.
Slinger and Passenger manage to get Driver in the back seat.

The Passenger moves to the driver side, gets in behind the wheel. Slinger opens the passenger door.

Carl pulls back the hammer. CLICK.
Slinger looks at him, frightened.
Carl nods at the puzzle on the sidewalk.
Slinger picks it up, holds it out to Carl with a shaking hand. Carl takes it.

Slinger gets in the car and it drives off.
Carl picks up the other guns, throws them all down the sewage drain.
He wipes the puzzle dry on his pants leg as a car pulls to a stop beside him. He gets in.

Is this perfect? No, far from it. It’s just first draft puke. The kind you write just to hammer out your story before the real work begins. But compare the first scene, in which we ‘saw’ a very well described individual that simply stood on a corner and then left in a car, with the re-written scene, that demonstrates visually much of what we wanted to express about the character.

What’s the point? Rules serve the story, not the other way around.